It is with the deepest sorrow that I have to report that Joanne Landy, the Co-Director of the Campaign for Peace and Democracy and one of its two founder (as the Campaign for Peace and Democracy/East and West) in 1982, died on October 14th, two weeks after suffering a massive stroke. She was just a few minutes shy of her 76th birthday. Tributes to Joanne and information about the future of the Campaign will follow shortly. As for now, I join with all of you in mourning the passing of a great, tireless fighter against war, repression, and social injustice. We are unlikely ever to see her equal.

In grief and solidarity,

Please support the Campaign for Peace and Democracy

Vigil for Yemen, 11 am to 1 pm at the south end of
Union Square Park, Manhattan, Sat 6/24 and every Saturday

Now available!
Video of Helena Sheehan and Nantina Vgontzas,
and audio of Sheehan, speaking at the NYU event on Syriza 5/25/1

May 25-June 4, 2017 Speaking Tour for Helena Sheehan,
author of The Syriza Wave: Surging and Crashing with the Greek Left

No to Assad’s Brutality, No to ISIS, No to U.S. and Russian Bombing and Military Forces in
Syria: For a Revival of the Arab Spring

The Campaign for Peace and Democracy Needs Your Help

“The ‘War’ against Daech: A military strategy doomed to failure” by Joseph Daher

Please Support the Campaign for Peace and Democracy

“The Foreign Policies of Sanders, Trump, and
Clinton: America and the World In 2016 and Beyond” by Joanne Landy

Refugees, War and Austerity
The View from Syria, Greece and Turkey
at the Left Forum Conference 2016

The Campaign for Peace and Democracy invites you to Washington, DC, on March 5 and 6 for the first-ever two-day Summit on Saudi Arabia and U.S.-Saudi ties.

Please support the Campaign for Peace and Democracy (Dec. 8, 2015)

Add your name to CODEPINK's letters of condolence to the people of France, Lebanon, Iraq, and Syria (Nov. 18, 2015)

Washington and Moscow:  Halt The Bombing and Stop Supporting Dictators in the Middle East!

Rafael Bernabe, Despina Lalaki, and Vicente Rubio-Pueyo, with moderator Ed Morales, discuss the struggles of their countries at a meeting in New York Sept. 30, 2015

Please support the Campaign for Peace and Democracy (June 17, 2015)

May 18, 2015, meeting on Continental Crucible with author Richard Roman, and Manny Ness

Open Letter to Prime Minister Alexis Tsipras: No to a joint Egyptian, Greek and Cypriot alliance in the “war on terror” (May 13, 2015)

Feb. 6, 2015 Forum “After the Greek Elections:
The Future of Austerity in Greece, Europe and Beyond”
Transcripts of talks and updates by the speakers:
Natassa Romanou, Alan Akrivos, Iannis Delatolas,
Nantina Vgontzas, and Aaron Amaral

PRESS RELEASE: CPD Sends Letter of Support to Greece and Calls on the IMF, EU, and ECB to Change Course (Feb. 23, 2015)

Feb. 6, 2015, CPD forum “After the Greek Elections: The Future of Austerity in Greece, Europe and Beyond”

The entire evening was livestreamed and videotaped. To see the tapes, go to
http://youtu.be/ucd6s7FVd6Q for Part 1
http://www.ustream.tv/recorded/58517308  for Part 2
(note: There is a small overlap of the two tapes: Aaron Amaral’s presentation is at both the end of Part 1, and at the beginning of Part 2)

ANOTHER CHANGE OF ADDRESS TO ACCOMMODATE
THE GROWING NUMBER OF PEOPLE
WHO WANT TO ATTEND THE FORUM:
WE HAVE A NEW NEW NYU BUILDING LOCATION!
NYU Global Center for Academic and Spiritual Life
Lecture Hall 95 at 238 Thompson St
(off Washington Square South), Manhattan

The statement in Farsi:

The Campaign for Peace and Democracy Needs Your Support! (December 10, 2014)

Is Fascism Returning to Europe? - A Public Discussion
posted March 11, 2014

Oppose NATO, Russian Intervention in Crimea, and the IMF
March 10, 2014

“A Petrodollar and a Dream” by Adam Hanieh:
How Saudi Arabia, Qatar, and other countries,
working with the U.S., attempt to steer popular
struggles away from challenging their governments
January 29, 2014

Statement by the Campaign for Peace and Democracy
January 6, 2014

Please support the Campaign for Peace and Democracy
December 2, 2013

Teach-in on “Syria in the Context of the Arab Uprisings”
November 17, 2013

Film screening of “Ruins: Chronicle of an HIV Witch-hunt”
November 8, 2013

Anti-Fascist Petition to the Government of Greece
September 23, 2013

CPD Statement on Syria:
We Oppose Both a U.S.–led Attack on Syria and the Brutal Regime of Bashar al–Assad.
We Support a Democratic Syrian Revolution!
September 6, 2013

Call Your Member of Congress Today and Say:
No military attack on Syria!
August 28, 2013

Congress is in recess, so it is probably most effective to call Representatives in the their District offices and U.S. Senators in their State offices. To find out their phone numbers, use this helpful Friends Committee on National Legislation guide (Be sure to click contact, once you find your official's square)

Please let us know at cpd@igc.org if you have made your call.

CAMPAIGN FOR PEACE AND DEMOCRACY
ROUNDTABLE ON THE SYRIA CRISIS
August 28, 2013

Aug. 22, 2013 Egypt: The Revolution at the Crossroads by Thomas Harrison

Havaar banner atop the AJ Muste building in Manhattan (June 6, 2013)

Please email your own letter to zamoskvoretsky.msk@sudrf.ru

May 21, 2013 — Please support the Campaign for Peace and Democracy

John Feffer's interview with Landy and Harrison about
their view of the post-1989 developments in Eastern Europe (posted May 2, 2013)

as it appeared in

September, 2012
CPD sign-on statement "We Stand with the Greek People Fighting Austerity — For Their Sake and Ours"
Personal Statement on Syria by CPD Co-Directors Harrison and Landy

Report and Video of 10/4/12 NYC Forum “The Neoliberal Assault on Disability Rights.”

March 17, 2013, at 10am — CPD Left Forum panel: What are the Lessons of 1989's East European Revolutions for Transformations Today?

March 17, 2013, at 3pm — "Should Labor and the Left Propose a Global Green Jobs Alternative to Austerity and Climate Change?"

February 22, 2012 — Raha Iranian Feminist Collective on "Solidarity and Its Discontents"

February 14, 2012 — Call the State Department to protest the deportation of international observers from Bahrain, the brutal crackdown against Bahrainis and U.S. military aid to Bahrain's repressive regime.

PLEASE SUPPORT THE CAMPAIGN FOR PEACE AND DEMOCRACY

November 30, 2011 — Please support the Campaign for Peace and Democracy 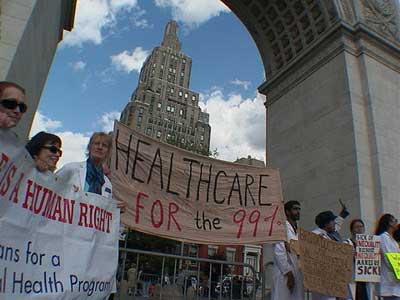 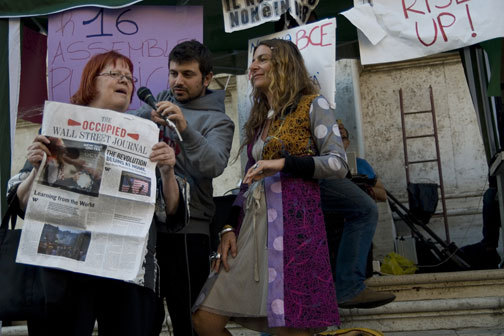 October 10, 2011 — Bahrain Update from the Campaign for Peace and Democracy 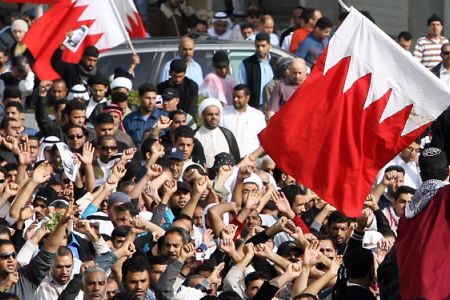 September 16, 2011 — Message of Condolence and Solidarity from U.S. Peace Activists to the Syrian People

Please support the Campaign for Peace and Democracy!
June 2011 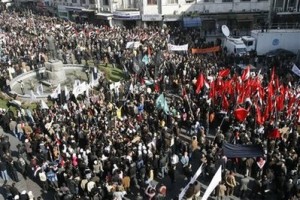 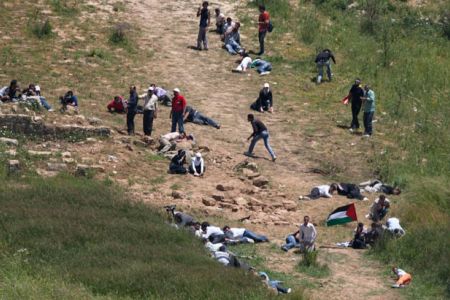 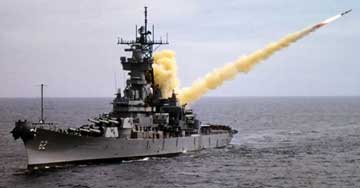 A TALE OF TWO MISSIONS


The news media's focus remained on North Africa and the Middle East this week, with some Afghanistan reporters even being redeployed to that region. Despite the lack of media coverage, there are two stories from last week that I think are important. . . . more

End the War Threats and Sanctions Program Against Iran
Support the Struggle for Democracy Inside Iran
October 2010
Click here to sign, see the full list of signers, or donate

VOTE AGAINST AFGHAN WAR FUNDING :
Call your Congressperson July 26 or 27, 2010

Solidarity with the Democratic Struggle Inside Iran

Please support the Campaign for Peace and Democracy (June 2010)

Campaign for Peace and Democracy
and Where Is My Vote-NY, The NYU Kevorkian Center,
The Nation
invite you to attend a forum:

Sanctioning Iran?
As the Obama administration debates imposing new "targeted sanctions" on Iran, many question the effectiveness of sanctions to pressure regimes, while raising ethical and humanitarian concerns about the impact of sanctions on social movements as well as everyday people. In this program, two distinguished speakers will explore diverse views on the issue, using lessons learned from Iraq, Cuba, and South Africa and the current state of Iran today. We hope for the audience to come to their own understanding of the debate and to make an informed opinion as to the effect of targeted sanctions on Iran .

The program will feature:

TRITA PARSI
Founder and president of the National Iranian American Council and an expert on US-Iranian relations, Iranian politics, and the balance of power in the Middle East. He is the author of Treacherous Alliance: The Secret Dealings of Iran, Israel and the United States. On February 25, 2010, Dr. Parsi testified before Congress on the Human Rights situation in Iran.

Chair: ROANE CAREY
Managing editor of The Nation magazine. Editor of two books on the Middle East conflict, The New Intifada (Verso, 2001) and The Other Israel (New Press, 2002). 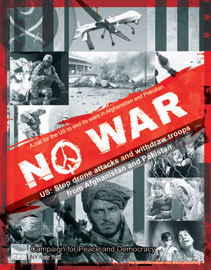 This poster, letting people know about CPD's anti-war position, is being put up all around Pakistan. 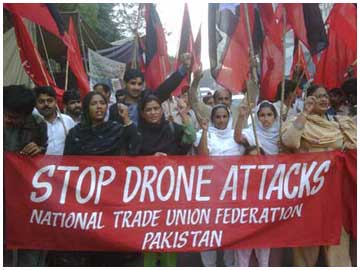 Members of the National Trade Union Federation of Pakistan demonstrate in Karachi against U.S. drones on January 23, 2010

CPD Statement:
We Call for the United States to End Its Wars in Afghanistan and Pakistan! (Nov. 27, 2009)

October, 2009 This may be a turning point for the expanding U.S./NATO wars in Afghanistan ...[more]

Czech Opponents of U.S. Radar Base Celebrate Their Victory

No U.S. Military Use of Bases in Colombia

Iran: The Election and Beyond

Open Letter Initiated by People in the U.S. to the Czech Chamber of Deputies: No to the Radar!

March 16, 2009  It is our understanding that after much debate in your country, the Czech Chamber of Deputies will vote very soon on the proposed agreement to accept the U.S. military radar . . . [more]

Stunning Victory for Czech Opponents of U.S. Radar Base

NEW YORK, March 18, 2009 — In a major setback for Pentagon plans to install a U.S. military radar base in the Czech Republic, the Czech government yesterday withdrew, at least for now (and possibly for good), its proposal to ratify an agreement on the base . . . [more]

We are writing to protest in the strongest terms the threats that have been mounted against Shirin Ebadi, co-founder of the Defenders of Human Rights Center and the Organization for the Defense of Mine Victims . . . [more]

No More Blank Check for Israel!
Statement on the Crisis in Gaza

January 2009 — In its massive military attacks on Gaza, Israel has again engaged in actions contrary to morality, international law, the cause of peace, and to the long-term best interests of the people of Israel. And, once again, the United States government has been the enabler of Israeli actions . . . [more]